This post will follow a user friendly way of creating nodes, adding them to a location of our choice and referring to them from a smart reference, from the transformation menu of a smart reference.

Having references is helpful in a lot of ways. Instead of creating and storing data every time you need it you can store it in one place and access it later from various locations and manipulate it. This saves memory and computing time since we will mostly pass on addresses instead of the entire values of a variable. Smart references are as transparent as they can - you can see all nodes you can refer to through the completion menu as if you are adding a node of the concept.

An issue pops up when you actually want to add a new entry to the list of referred items. Then you would have to manually go to the list and add the entry yourself which may be harder than expected if the project is large.

The idea of the sample project is to have a store for words and one or many thesauri that can define synonyms or if the language is extended in the future - different types of dictionaries.

We have a language called Dictionary that can store nouns into WordStores and refer to them in Thesaurus root nodes. 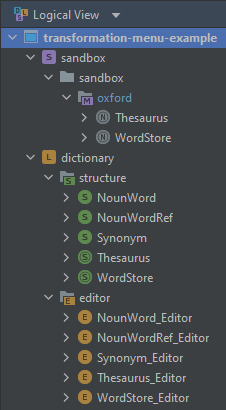 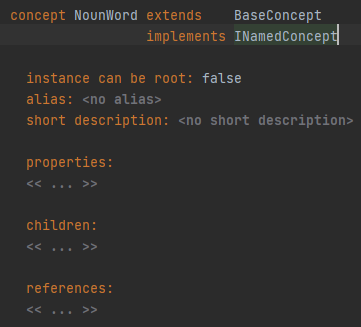 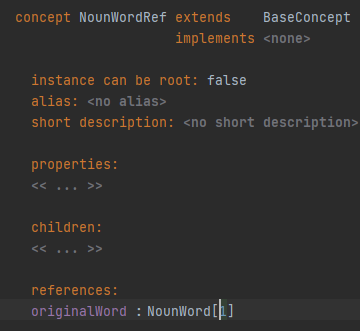 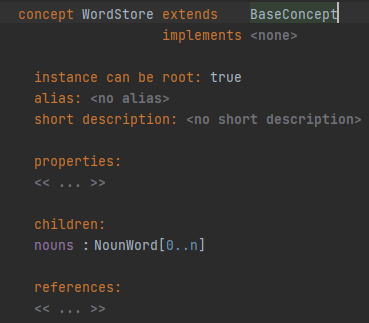 With this setup if we wanted to add new words we have to go to the WordStore and add them manually. Then we have to go back to the Thesaurus and use them.

We can ease this process by adding the possibility to directly add entries to the wordStore from the completion menu of the smart reference. We are going to use the transformation menu for this solution.

We will add a Transformation Menu to the NounWordRef concept. In this transformation menu we will create a completion section that has two actions, because if it has only one the autocomplete will execute it immediately and fill our wordStore with nonsense comprised of every letter of a word until we have finished.

Figure 7. Example of word store with one action

In these actions we create a new noun node, add it to the wordStore and set our nodes reference to it.

First we will create a runtime solution with a helper method that will hold the logic of the transformation menu. It is generally better to hold more complex logic in separate helper classes. 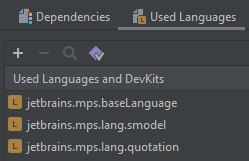 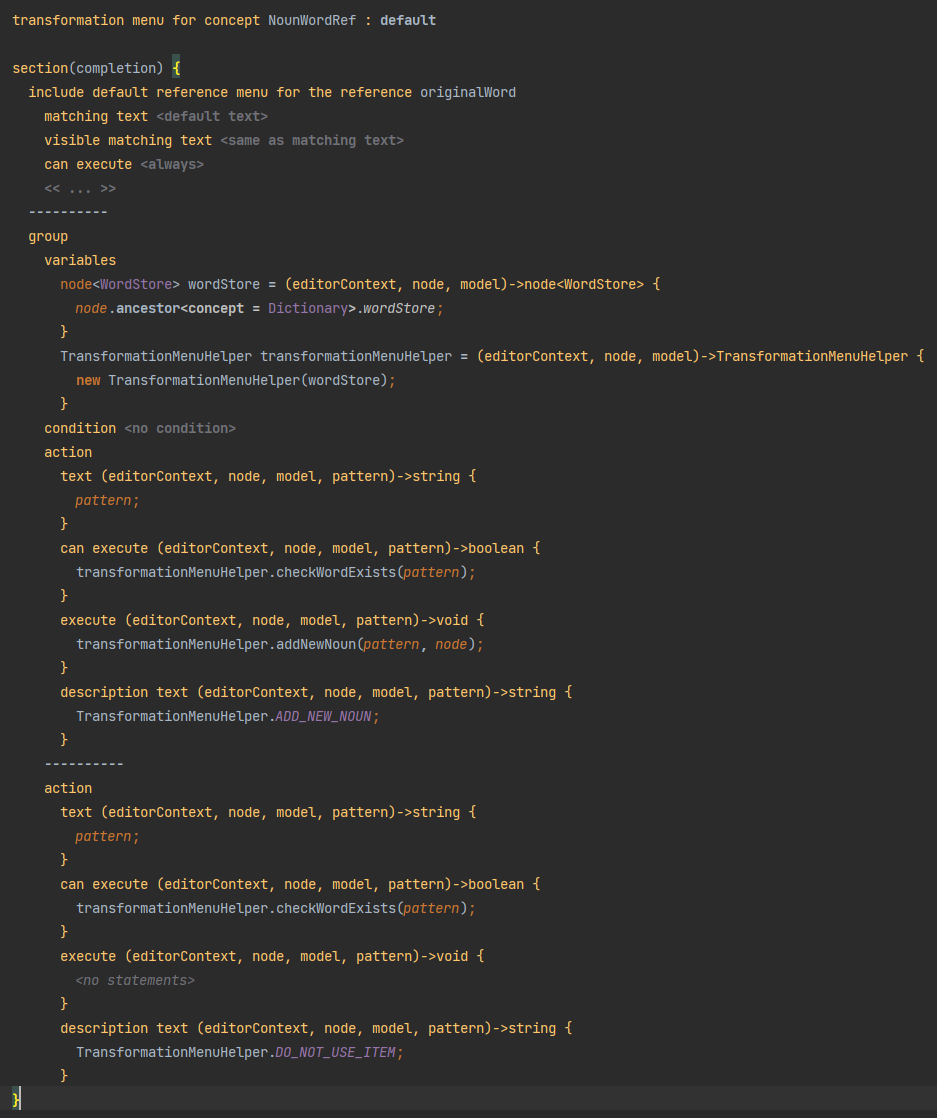 Figure 13. Example of the transformation menu

I am a Junior Model Driven Engineer at F1RE. I started my journey with F1RE in December 2021. I’ve worked with many aspects of programming and this way of development seems very interesting. Just the thought alone of the way one has to extract basic concepts out of complex ideas and structures seems challenging enough to make your head spin.